Performance, often measured in loading time, is paramount to a website’s success. We’ve all heard stories about the average user’s goldfish-like attention span online. These stories all hammer on the same warning: don’t make them wait or you’ll lose them. So what better place to start our journey to concrete5 website speed-boosting than the most common component of all: the navigation menu?

The Autonav block is slow

It is a well-known fact that Concrete5's Autonav block is slow.

It’s not bad design it’s the nature of the beast and the more nested your website’s navigation is, the slower it gets. Add sub-levels and sub-sub-levels to your navigation and you’ll add seconds to your site’s loading time. Needless to say when performance is measured in milliseconds, a second is a lot.

Another factor that adds to the slowness is how the Autonav block is used by many. More often than not we keep repeating common but terrible patterns we picked up along the way.

There are 2 wide-spread patterns that are sure to give your website performance a serious hit:

Then there are mobile versions of these.

When the mobile version is just the desktop one styled for smaller screens the impact on performance is negligible.

But one pattern that I see popping up, again and again, is to have 2 distinct Autonav blocks: one for mobile navigation and one for desktop. Although they pull the exact same list of links from the database they use different markups and as a result are added to the page separately.

Moreover, 99% of the time (very precise and totally reliable figure based entirely on my vast experience 😏) those blocks are not added to the page by drag-and-drop, they are hard-coded in the page. As a result, they are most likely not cached at all.

That means every time your page loads, it has to call the database again to rebuild the navigation afresh. That’s taking the slow road as opposed to re-using an already generated navigation stashed in the cache.

In summary, we often have several Autonav blocks on a page making the exact same costly calls to the database one after the other and doing it on every page load never taking advantage of caching.

For a more thorough explanation of why hard-coded blocks are bad, you can read this article on concrete5tricks.com.

To be honest, there are reasons Autonav blocks are hard-coded. More often than not it is to stop non-technical website owners accidentally deleting or breaking it.

Still, the negative impact of hard-coded navigation on page speed is not trivial.

If only there was a way to still use hard-coded blocks and take advantage of caching while also getting rid of redundancies… 🤔 Glad you asked!

So what’s the plan you ask? Very simply, any time an Autonav block loads we’ll either cache the result of its database call or grab and reuse previously cached data.

It’s a little more complex than that but not that much.

Caching in Concrete5, when not taken care of automatically, can be done manually and easily thanks to $app->make('cache/expensive').

Getting the data back from the cache is done like this:

The data to be cached can be a string, an array, an object, or pretty much anything.

Important: the handle you give your cache item will be used to create a folder on the file system. You could have a handle look like a path Something/Like/This in which case nested folders will be created. Be careful with that as some systems limit the number of characters allowed in a path.

Have a look at the Autonav block’s view.php or any of its templates and you’ll quickly figure out that it always starts by grabbing the navigation items in the view itself by doing $navItems = $controller->getNavItems();

Now if you remember we’re most likely dealing with multiple Autonav Blocks and we want to avoid redundant Database calls. Consequently, we need to work with the Autonav block which loads first on the page.

There are multiple possible scenarios but for the sake of simplicity, I’m going to assume the first one that loads is the main navigation and contains all links.

Because we need to use the code in several block instances, let’s create a class.

Create the file application/controllers/autonav_caching_engine.php and add the following code to it:

We made our class extend the Core Controller class. It’s a quick and easy way to have access to $this->app without having to instantiate it ourselves. There are other and fancier probably better ways of doing so but let’s keep it like this for now.

Next, we need to write a method that will grab the nav items from the Autonav block’s controller, cache the data, and return it to the Autonav View to use. Additionally, the method should be able to return already cached data if available.

Now that our class is (mostly) ready let’s use it in the Autonav Block.

After upgrading to concrete5 8.5.4 this code started throwing—> the following error Serialization of ‘Closure’ is not allowed.

I do need the Page object but I don’t need the SiteTree object in my Autonav so I’m going to simply get rid of it. I’m going to slightly modify the code above like this. Right after grabbing the $navItems I’ll do:

Using our class in the Autonav block

The only aspect of using the code we wrote that requires a little thinking is the handle we want to give our cached data. We’ll discuss that in a few sentences.

You can either create a template or override the block’s default View, that’s up to you and your website’s requirements. I’m going to create a template called “Cached Nav”. I create the file  application/blocks/autonav/templates/cached_nav.php with my Autonav block’s View code in it.

Let’s look for the line $navItems = $controller->getNavItems(); and replace it with the following code:

The choice of your cached data’s handle is important enough to spend a few minutes thinking about it.

In reality, if that’s your situation, nothing is stopping you from loading all the links in the first block. The block view will still show only what you want to show and the data will be loaded and cached ready for the second block to use.

On the other hand, in a situation where you have several Autonav blocks each loading only a subset of links, using a sensible handle name is going to make your life easier. For instance, if 2 blocks need all level 2 links, you could use the handle “level_2_links”.

Not a huge deal but thinking of a consistent naming convention will save you some time down the line and make things clear to anyone involved.

If you’ve been paying attention so far or tested the code you are probably not fully happy with the result.

Your Autonav block’s nav items have 2 values that depend on the current page being viewed. These 2 values are $navItem->isCurrent and $navItem->inPath.

The first one indicates if the item is the current page. The second one indicates whether the nav item represents a parent page of the page currently being viewed. Both are commonly used to highlight the current link in the nav.

The problem here is the Autonav block’s data cached on the first load will always show the page it was loaded from as the current page no matter what page you’re on.

We absolutely need to correct that. Fortunately, the cached data is a simple object so modifying it on the fly is quite easy.

First, let’s add the following method to our AutonavCachingEngine class:

And finally, we need to modify the block’s View again to use this new method. In your View look for the first foreach{} loop, one that looks like this:

Add one line of code (potentially two, read the comments) at the beginning of the loop like this:

You might be wondering why we added this code here in the view instead of doing it all in the AutonavCacheEngine class? Excellent question, glad you asked 👍 Again it’s for performance reasons. Probably just a micro-improvement but still, every little bit counts.

Since the View is already running that loop twice, I didn’t want to run the same loop a third time in our class so I hooked on an existing one instead.

Taking it even further

One good thing about this technique is that it works for blocks added through concrete5's interface by drag-and-drop or added programmatically by hard-coding them in your site’s code.

But keep in mind that it only caches the results of the database call since this is the biggest performance hog of the Autonav block.

To go even further you want to make sure the output of the block is also cached. Not as big a deal but, again, every little bit counts.

For blocks added normally, your settings will take care of caching. But hard-coded blocks are not cached at all.

To solve that issue you might want to have a look at Advanced Cache, a package by top package developer A3020. This package requires a bit of fiddling with PHP but the docs are great and it’s really not that complicated. If performance means something to you you should definitely give it a try.

Do I really need this?

I’m tempted to say yes, always, but as usual, it probably depends.

If you only have a tiny navigation menu on your website with a half-dozen links and no sub-levels then you probably don’t need it.

If you have only one Autonav block for both desktop and mobile navigation, so no redundancies, you might also not need it, provided your cache settings are fully on.

If in doubt I’d say just use it, it can’t hurt.

Where to go from here?

You probably noticed we’ve been using something called the “Expensive Cache”. It’s not the only one and if you want to find out more have a look at concrete5's help page on caching.

Concrete5 often gets a bad reputation for its lack of documentation. Frankly, I disagree. The documentation is getting pretty vast and is full of useful information. Yes, it’s a work in progress but nowhere near as bad as I sometimes hear. I urge you to go through it, you’ll see what I mean. 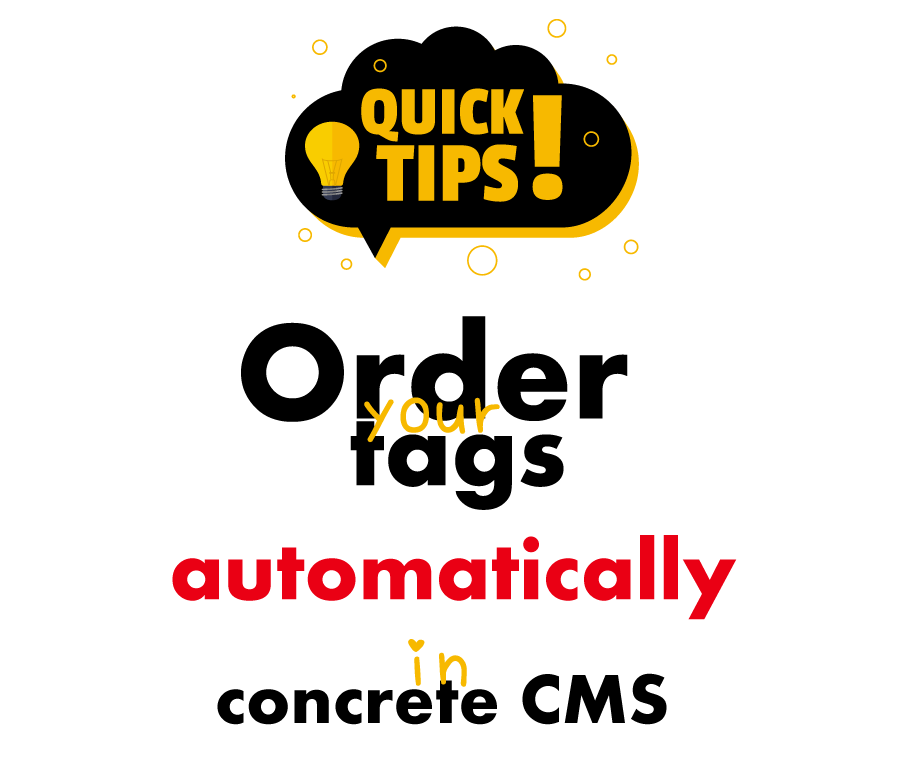 Get your free consultation

Got a project that could use specialised eyes on? Tell me more about it and let's discuss how to get that ball rolling.

Every single day your website acts up, you lose income opportunities. I can get your site back to normal right away.